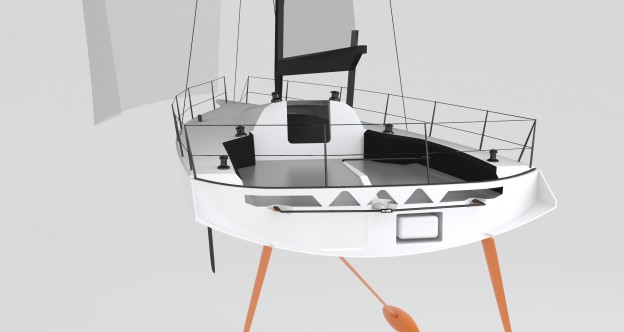 Project Kuka. The best challenge ever

Once in a very long while, a project comes along that really allows the designer to push out into boundaries that rules, economics, or practicality place on our work. Kuka is NOT one of the projects. No, Kuka was conceived beyond the borders of most of those limitations. It goes farther than the rare project. Something so rare, that we do not have a precedent, in terms of ignoring boundaries, not in the Volvo Ocean Race and not in the America’s Cup. The sailing team had a racing displacement in mind that was fully 20% less than our own starting point. Time to rethink the starting point. Once in a lifetime? We hope not! 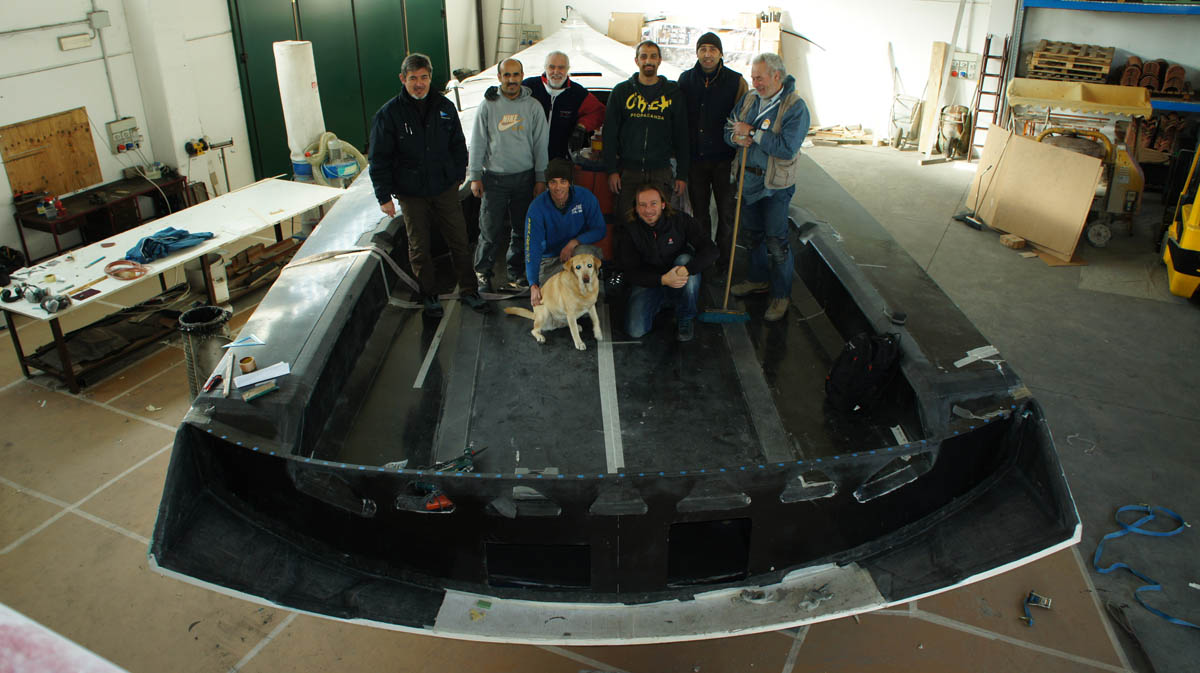 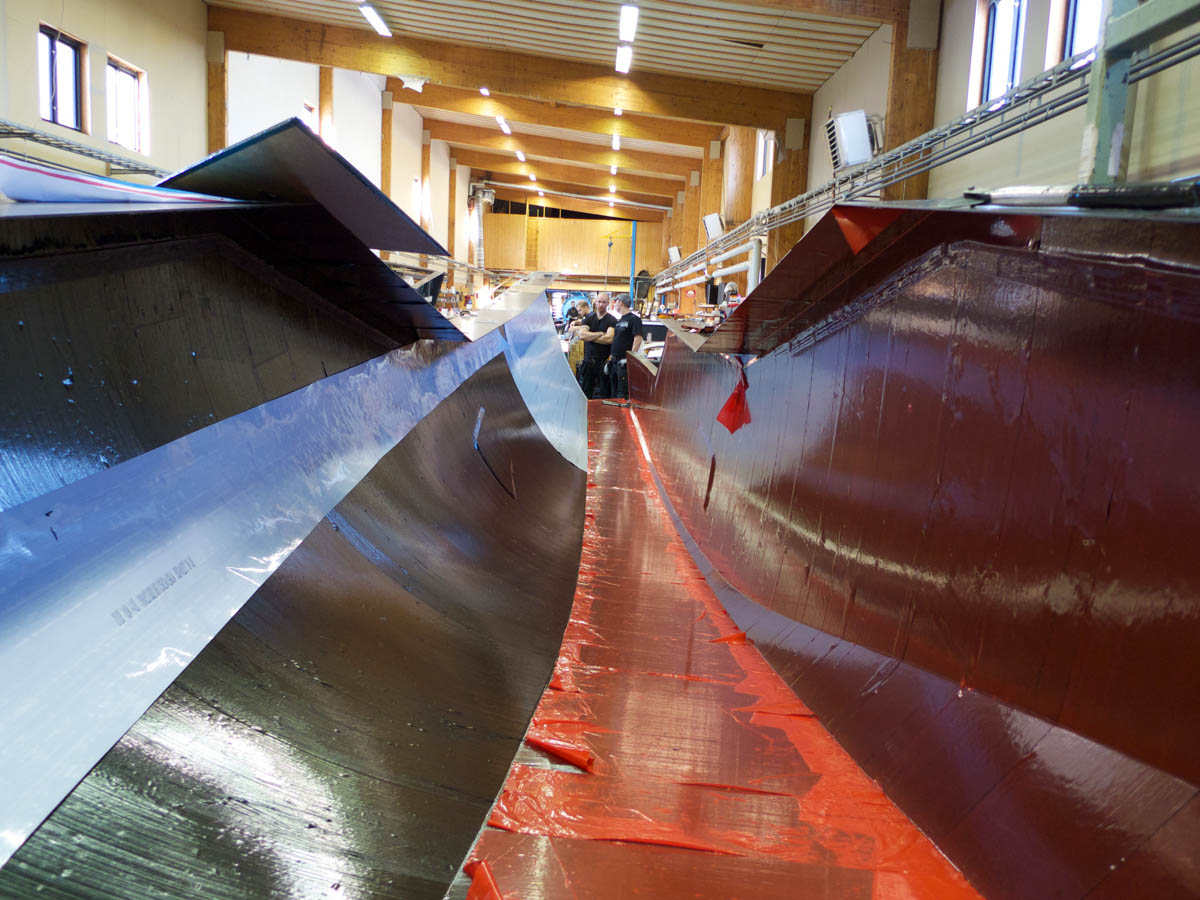 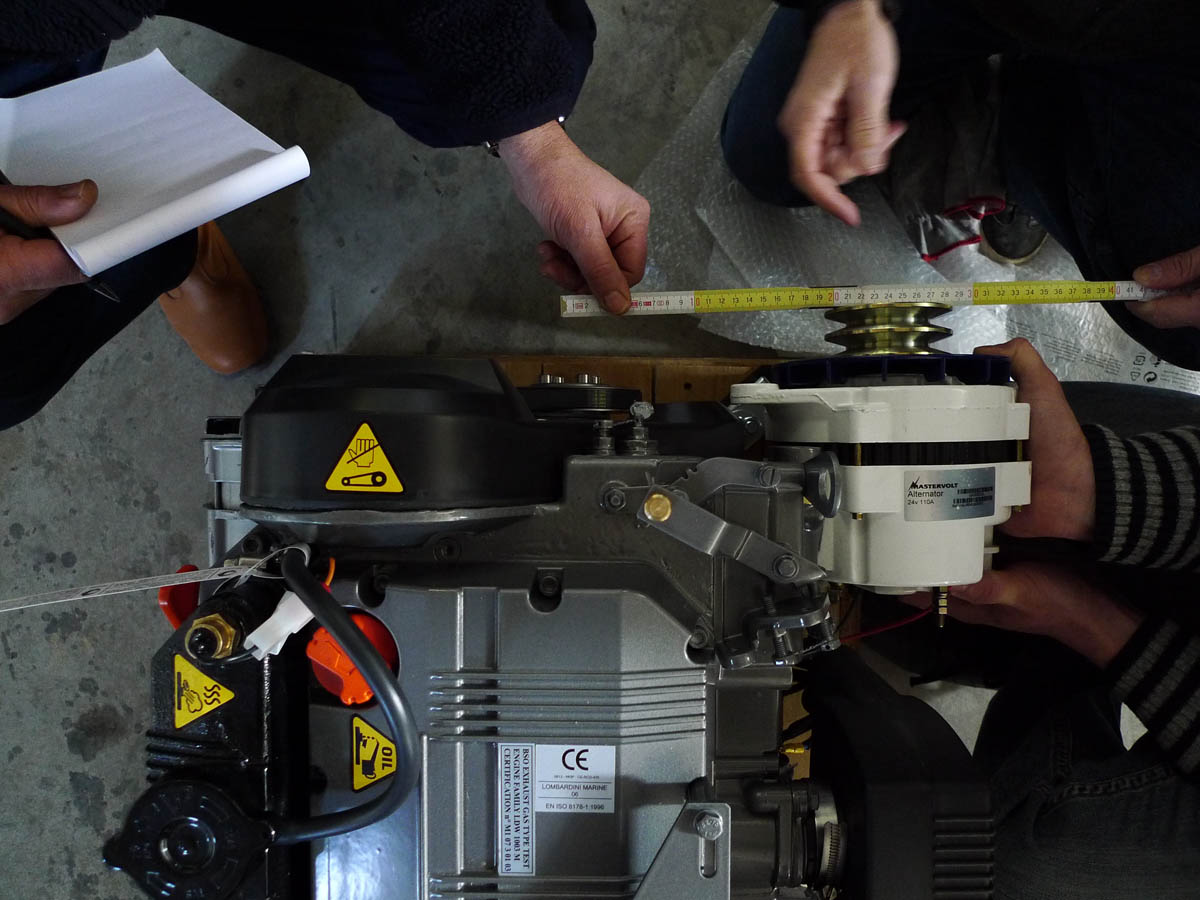 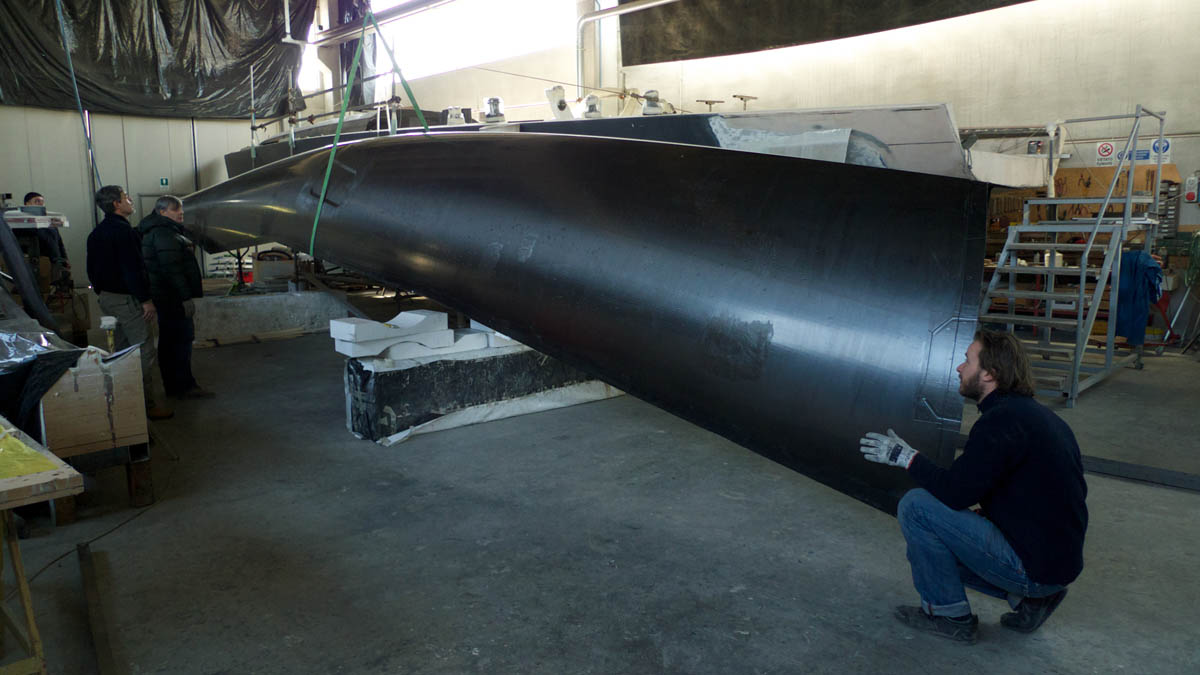 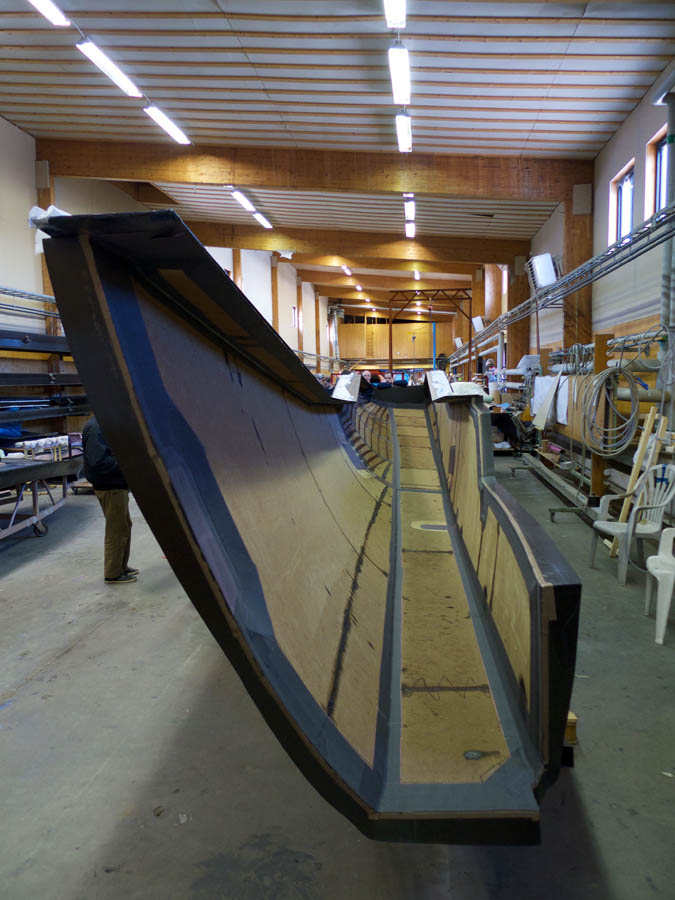 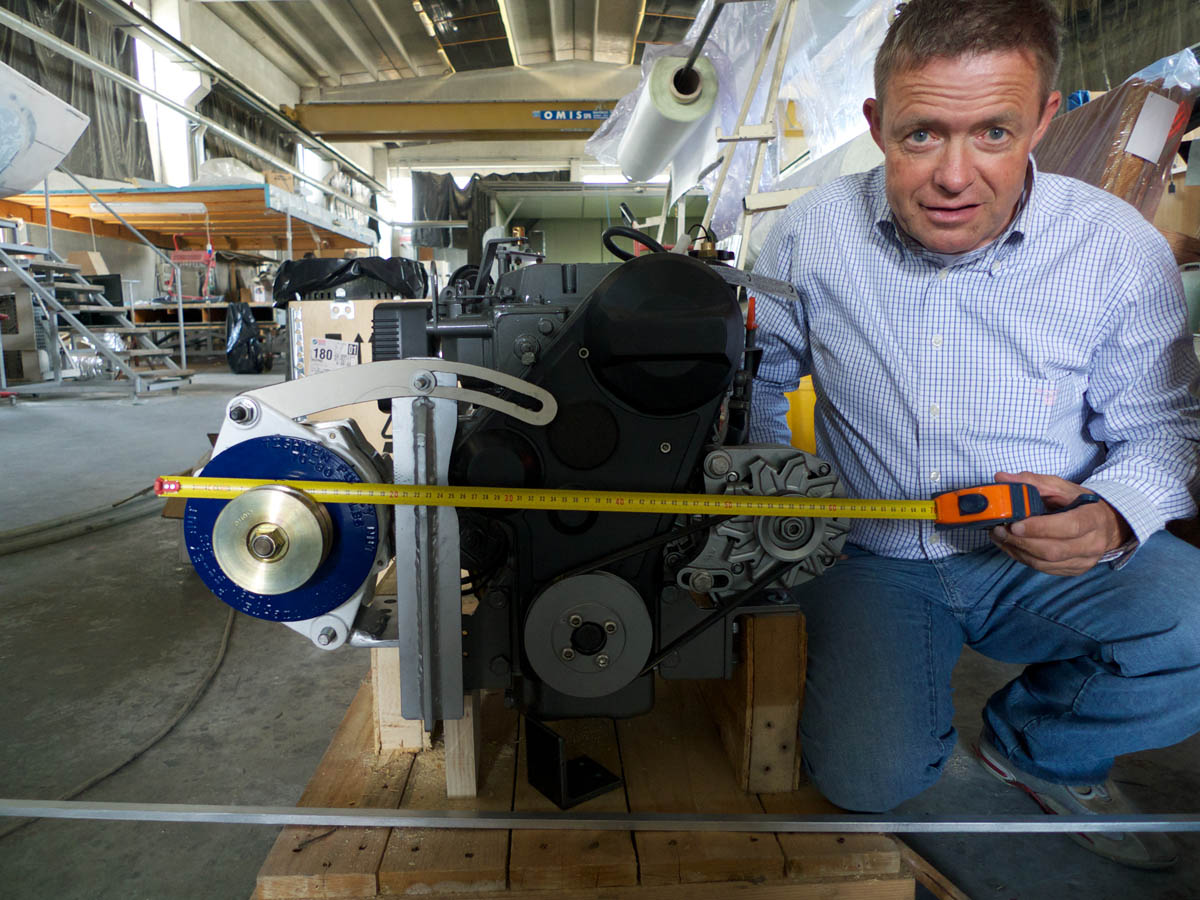 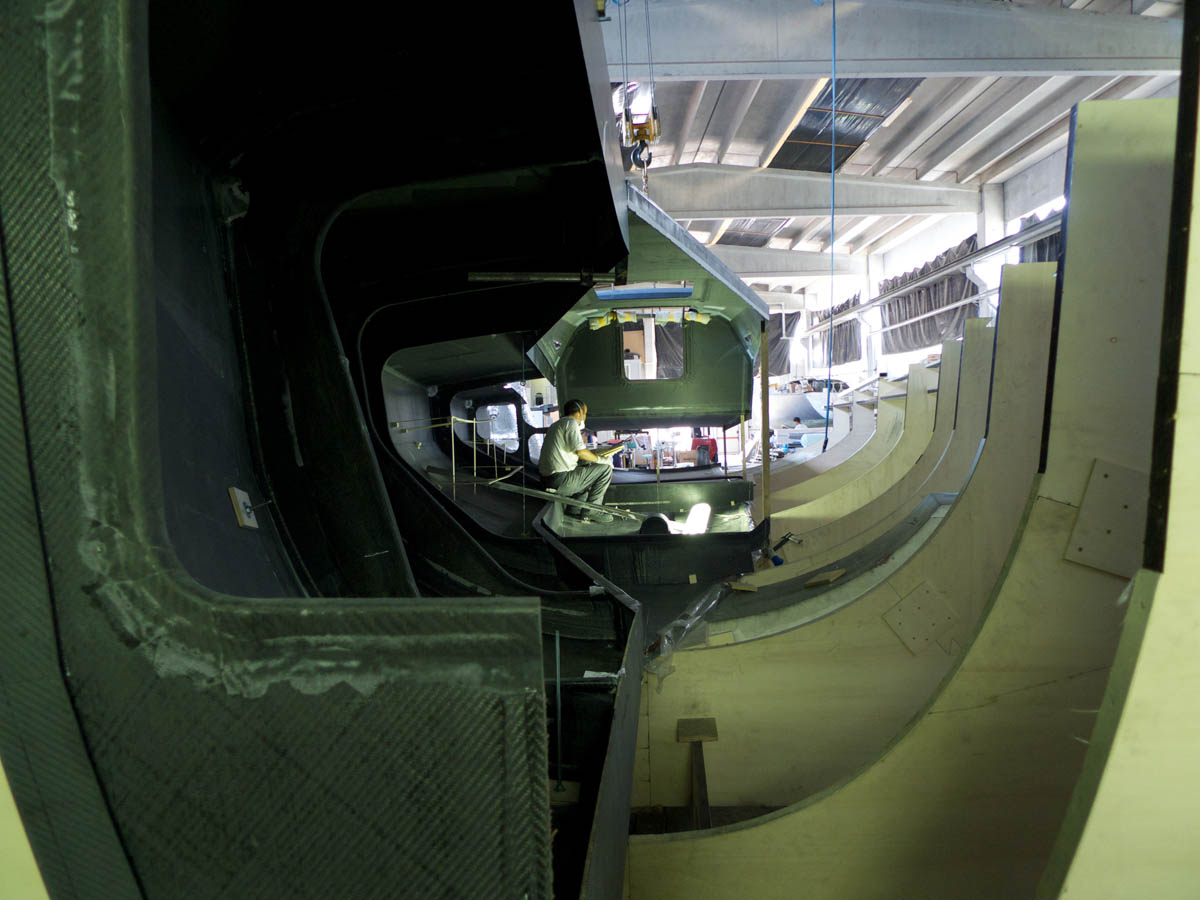 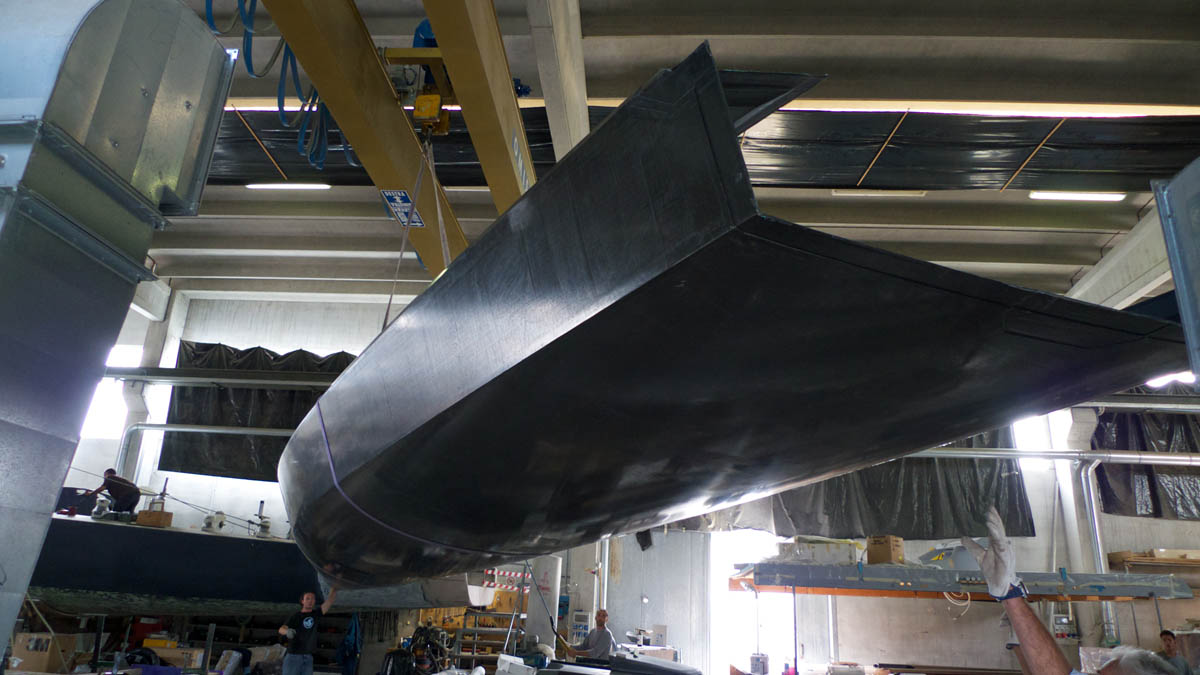 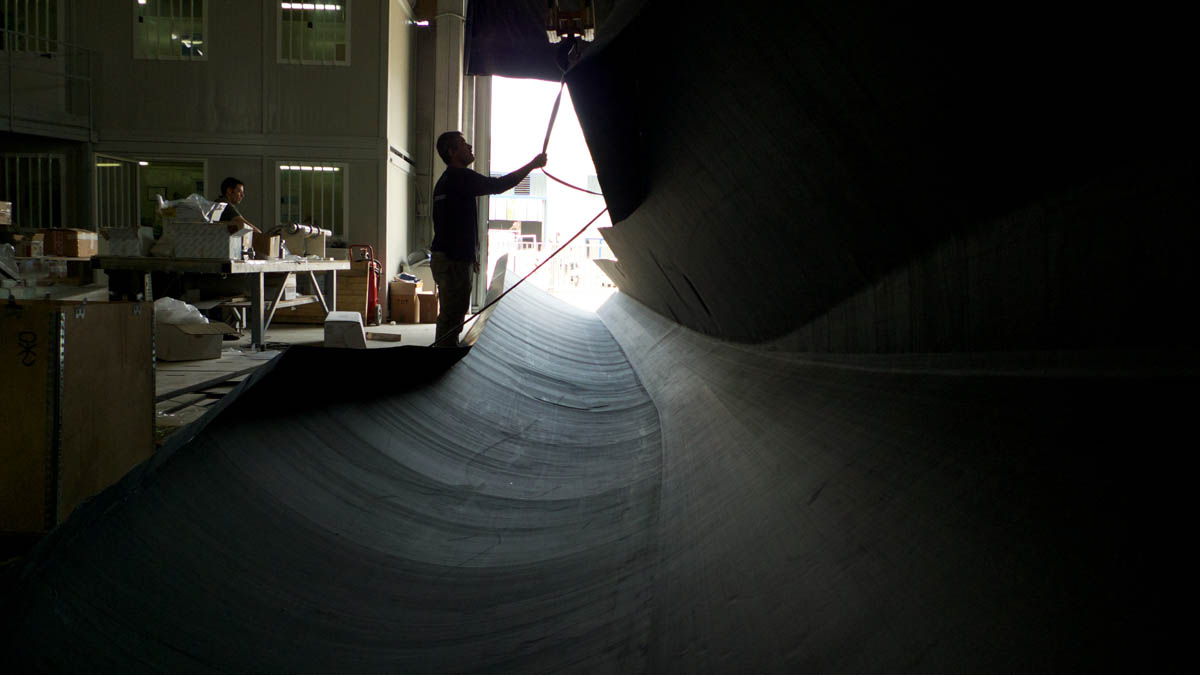 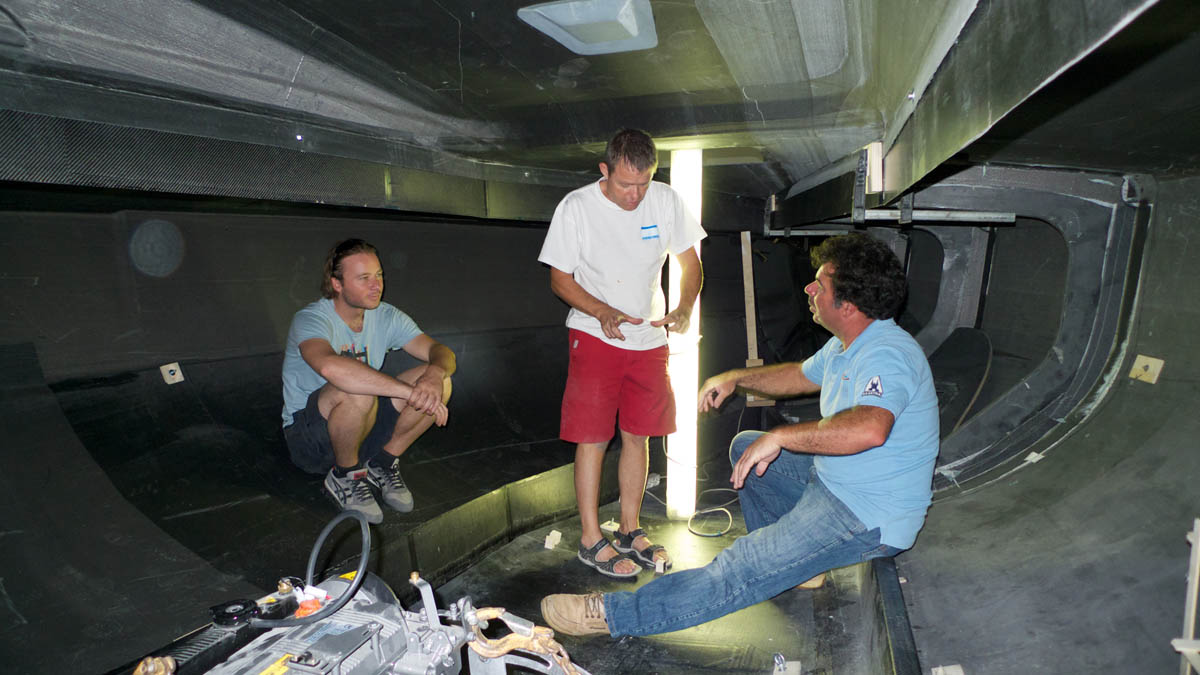 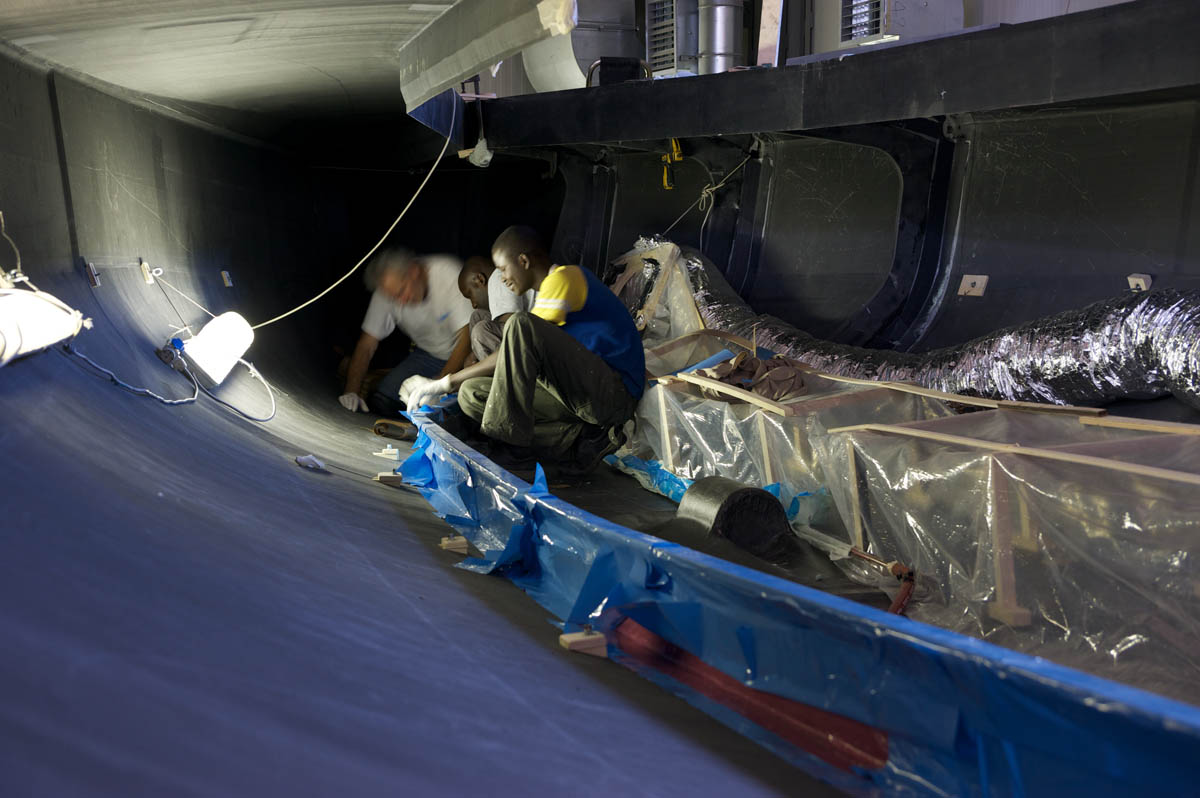 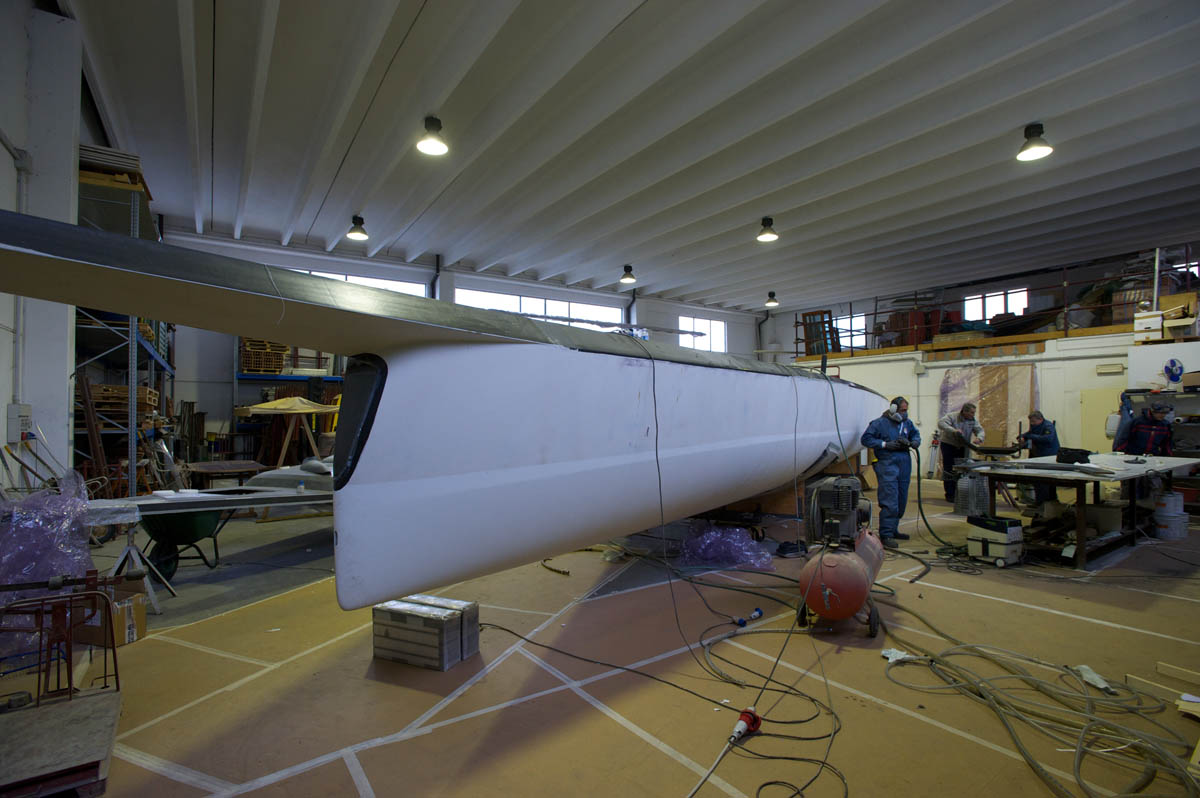 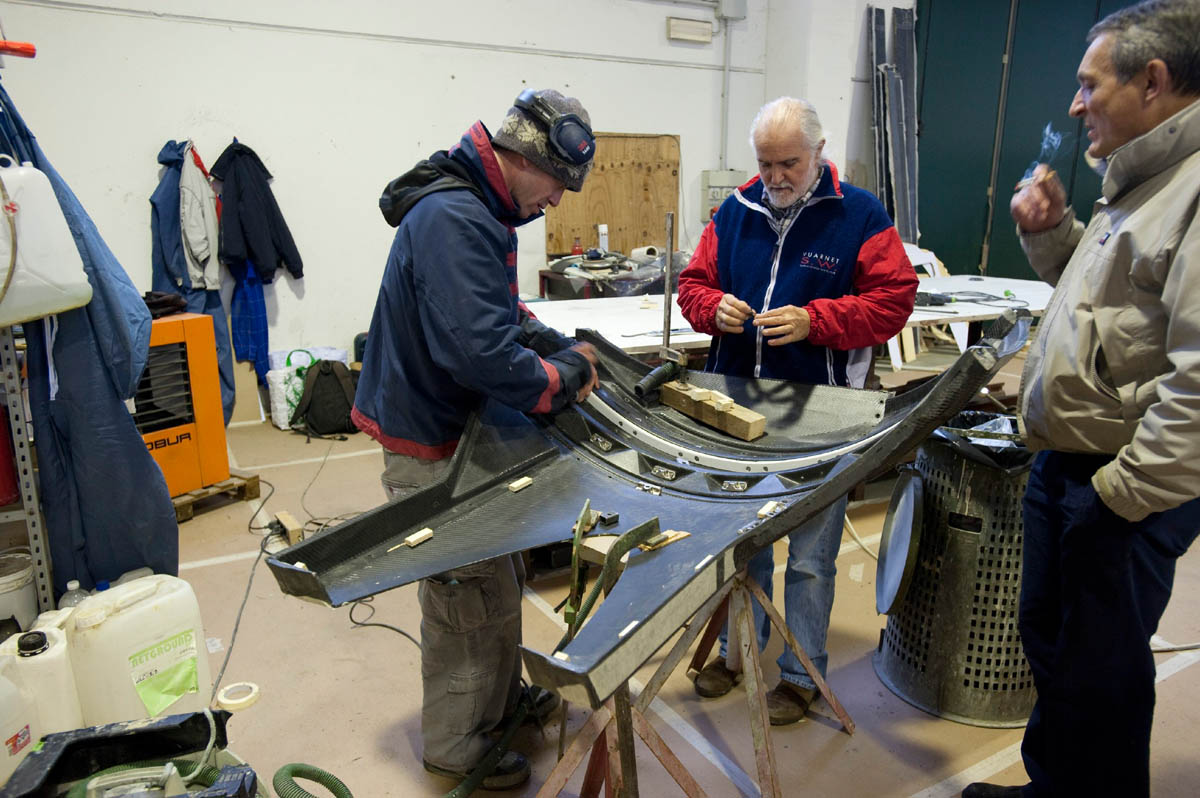 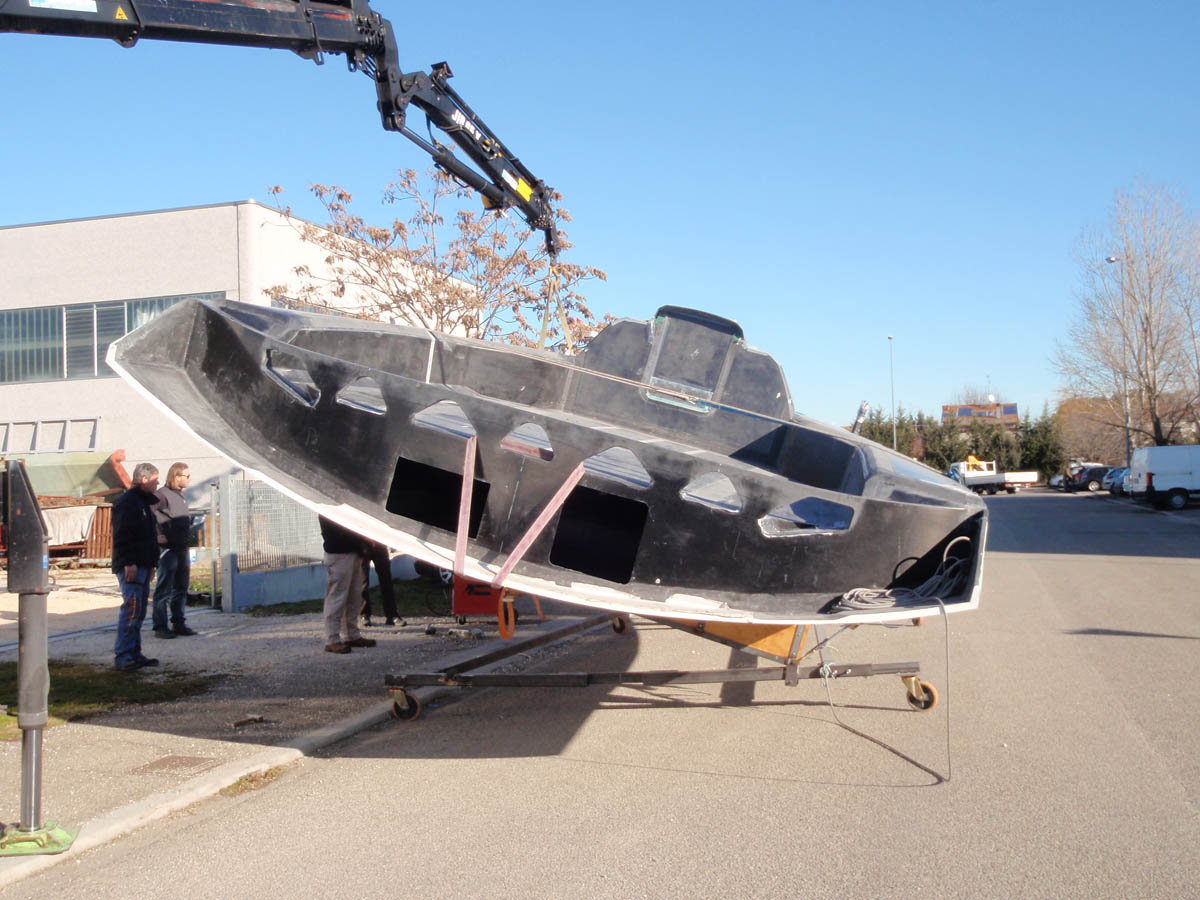 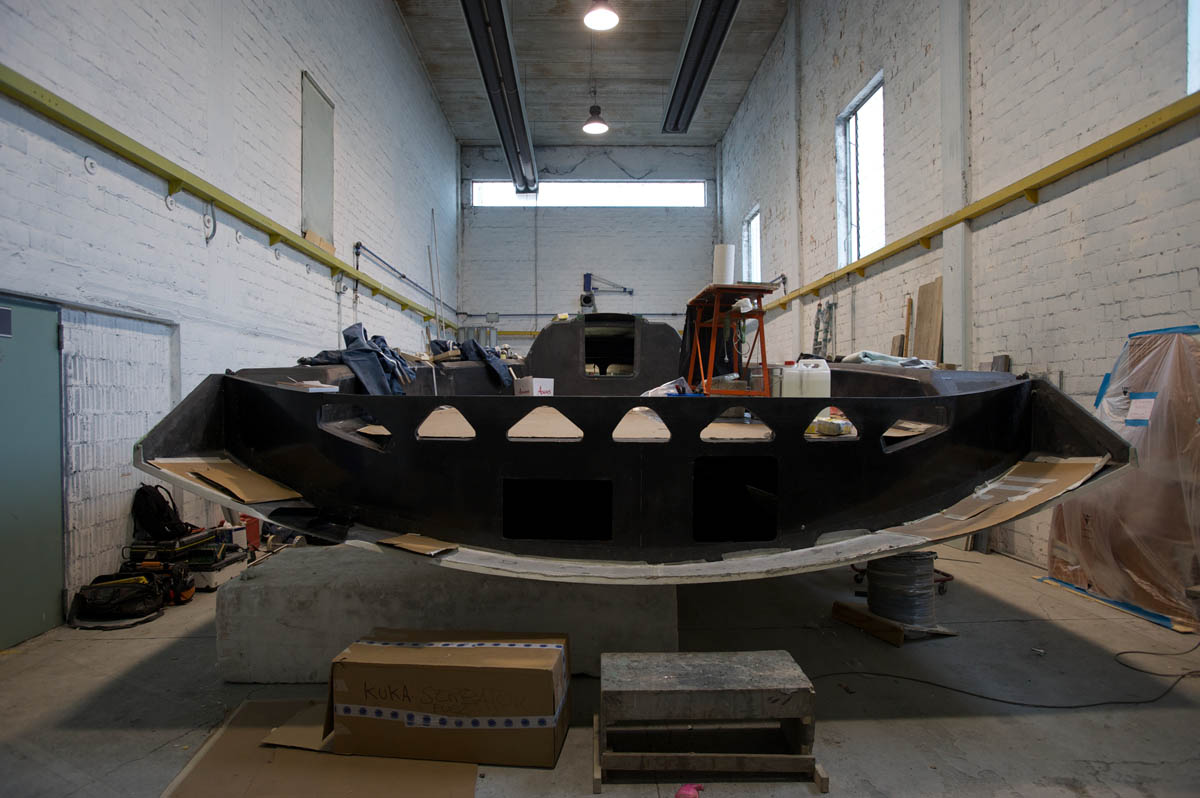 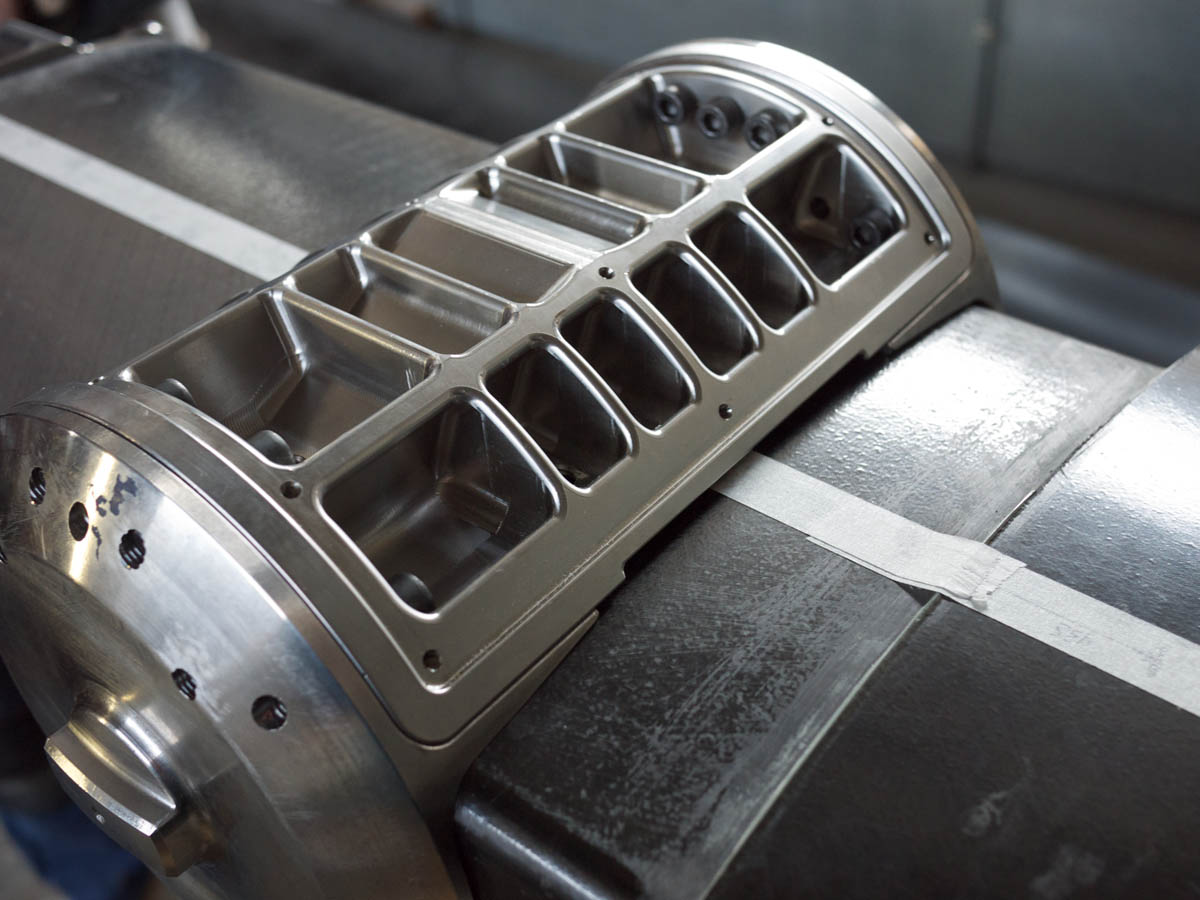 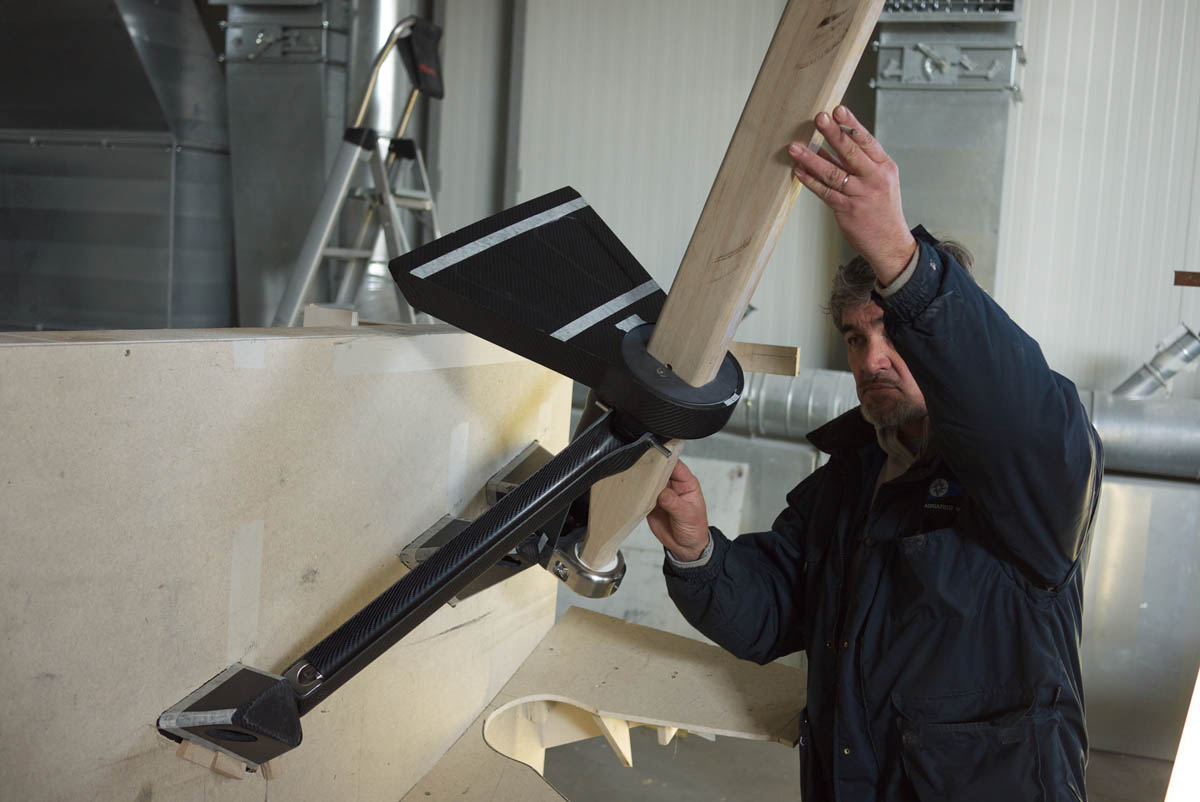 The project began with a simple set of parameters:

The initial discussions centered on weight and what “no rules” really means. The IMOCA 60’s were often used as a reference. It was decided that achieving Design Category A for the purposes of CE/ISO certification and ISAF OSR Category 1 was appropriate. This would make the boat a proper ocean racer, just a level below the deep trans-ocean racing of the IMOCA’s. A transatlantic race will likely still be attainable for this boat, with some upgrades.

Options to achieve the lowest possible weight initially touched on the simplicity of the design:

The power to weight of the canting keel proved unbeatable with technology today, for the regattas in question. The efficiency of the rotating wing mast, enhanced by a boat that would sail more like a catamaran than like a fixed keel mono, was too attractive to be ignored. The process of building was promoted by the sailing team from a very early point in time. The hull, in as far as possible would be autoclave cured at Martström in Sweden. The Extreme 40 mast and sail plan became the standard concept for this boat’s mast and rigging as well.

Less is more, much much more!

To get the lowest possible weight of the primary hull and deck laminates and unprecedented approach was taken. We decided to build the port and starboard sides, the central hull, and the deckhouse and cockpit each in the largest diameter autoclave available to us. This gives access to huge pressures during cure and allows one to choose prepreg’s with far higher fibre to resin ratios than is normally possible. This is exactly the kind of construction techniques ruled out in the America’s Cup, the VOR, and even IMOCA yachts, except for the masts and appendages. Because we were working at a reasonable scale, the costs were not explosive. The weight savings were unattainable any other way. It goes without saying that bowsprit, foils, and mast would also be produced in this same hi-tech fashion.

To capitalize still further on the lightest techniques possible, core material from aramid honeycomb was chosen. It is truly super core, with properties that allow the designers to reduce weight still further. Aramid cores, though hard to master, have higher stiffness and strength than conventional foam cores, but at about ½ the weight per square meter.

At each step down the line, the weight of various components was considered and the questions were asked: can we live without it, and if not can we make it lighter. A few examples of how this played out: a carbon keel spar, titanium keel ram, and carbon/ titanium drive shaft. And the mindset must carry through past launch. If we find it is too big, or unnecessary, it has to go.

Practicality did play a role in the decision making as well. In places, carbon cloths were added to given the primary laminates additional resilience and foam cores were used in places to allow for damage without water infiltration. Pragmatic decision making, which may be seen as contradictory to the “as light as possible” mantra, in fact reinforced the fact that this boat would be an ocean racer, not a specialty light air flyer.

At a few crucial stages during the design and build process we have been challenged to get the most out of the decision to be made. One example of this would be the CFD research undertaken in the phase here the hull shape was being finalized. It may have cost some weeks, but we could never win back those gains at a later date. The primary focus was how hard the boat could be driven. Deck immersion in waves was considered to be a crucial factor.  If it was possible to reduce deck immersion and heeled drag at the same time, all the better. In the end, this study showed the value of rocker, as much as it did volume distribution forward of the mast.

A second example of extracting as much performance out of the design is the treatment of the keel pivot. Step for step, through its design, we moved away from a simplistic metal pivot to a titanium spherical joint with the carbon stock piercing it. The grounding loads applied to the keel would be reacted by a spherically shaped carbon cover. This arrangement allows for an additional degree of freedom to be added to the movement from side to side. An axial rotation of the keel spar can be imposed as it is canted. This axial rotation can generate RM by pulling the windward side down, or it can be used to push the bow up instead. Further, a torsional moment can be imposed on the spar at the end of the cant movement, allowing the flow characteristic of the keel foil to be optimized through the project’s life.

The final example would be the rudder and steering system. Like an IMOCA design, there are two key aspects to the mechanism. First, it is a safety item, with the ability to kick up each rudder blade to nearly 180 degrees instead of being rigidly held (and breaking on impact). Secondly, it can be raised by the crew in order to minimize drag. The design was taken further, giving toe-in adjustment and differential rates of rotation to minimize drag through maneuvers as well.

In the process of build, one quote from the helmsman struck the perfect note. It could have come from Steve Jobs, but it was an original. “good things can take forever… perfection takes a little longer”. There have been stops and starts, and there will doubtless be more challenges that need to be overcome. As it stands, if Kuka were an IMOCA 60, it would be 15% lighter than the nearest competitor. There is nothing like it on the race course. It is wide for its length, 4.6 m wide for 12.7 m LOA. It is has a considerable sprit and an upwind sailplan almost exactly the same as a Class 40, at a fraction of the lightship weight. Kuka has been a unique project, the best challenge we have been presented with to date, and likely for the foreseeable future.


Warning: Use of undefined constant php - assumed 'php' (this will throw an Error in a future version of PHP) in /home/customer/www/kuka-light.ch/public_html/wp-content/themes/kuka/footer.php on line 1